Exceptional Dentistry In a Comfortable Environment

At Moats Dental, we provide excellent dental care with the most advanced materials and equipment. Our desire is to serve you with comprehensive services while developing a long-term relationship. Our dental team is committed to our patients, assisting our dentist with individualized treatment plans based on the needs our patients. When you visit Dr. Moats Dental, we will conduct a thorough review of:

Our dentist will also order X-rays and provide diagnostic models and photographs, as well as go over treatment goals with you and the types of care we implement in our periodontal hygiene department.

Because you are our top priority, you come first, although we give to our community both professionally and personally. We look forward to a long-term relationship with you! 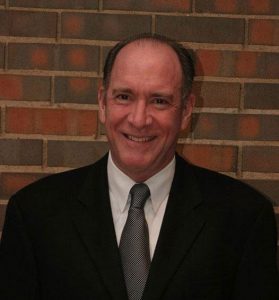 Dr. Michael E. Moats has been practicing for more than 30 years in the Buffalo Grove area. Dr. Moats is a general practitioner who also focuses on cosmetic and reconstructive dentistry. After receiving his Bachelor of Science degree from Davidson College in 1969, Dr. Moats taught biology and chemistry at New Trier West High School from 1969-1973, gaining an appreciation for communication and education.

In 2002, Dr. Moats was selected as the Grand Prize Award Winner in the Smart Practice national photo contest, showcasing “before” and “after” pictures of cosmetic dentistry. He repeated the feat in 2003. Time after time, Dr. Moats’ cosmetic work has received praise not only from his professional peers, but more importantly from his “happy, smiling” patients.

Dr. Moats remains active in professional societies and in 1992 was elected to the American Academy of Dental Practice Administration, whose focus is education, excellence and the exchange of knowledge. With only 270 members allowed in the AADPA internationally, they are considered to be a preeminent group in dentistry.

He is honored to have been selected yearly as one of America’s Top Dentists by the Consumer’s Research Council of America.  His inclusion began in 2008. Dr. Moats has also been given the Super Service Award for General and Cosmetic Dentistry by Angie’s List annually since 2011.

More recently, Dr. Moats was invited to guest author in a recent issue of the Contemporary Esthetics and Restorative Practice dental publication on an exacting procedure that he successfully performs routinely. This procedure can improve the overall dental health of a patient in one appointment.

Other achievements and awards that Dr. Moats has received include:

Dr. Moats and his wife have been involved for many years in the breeding and showing of top winning Doberman Pinschers.

We would love for you to meet our dedicated and experienced dental team at Moats Dental. These ladies keep our dental office running smoothly and without problems or delay. They are an integral part of our practice and to Dr. Moats Dental especially, who provides top-quality dental care in Buffalo Grove, Illinois and the surrounding areas of Arlington Heights, Vernon Hills, Barrington, and Highland Park, IL. 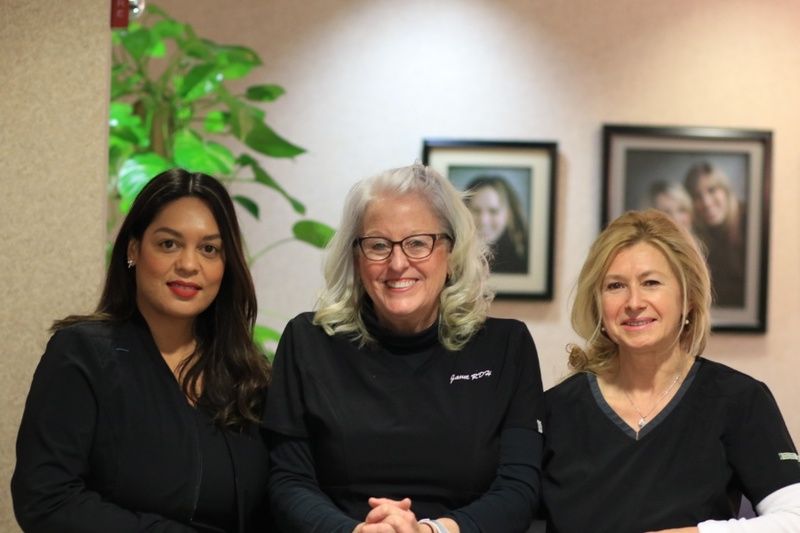 Janet – Dental Hygienist
Janet has been with our team since 2004 and loves our patients and the quality of work provided by Dr. Moats. She attended the Harper College dental hygiene program and has practiced dental hygiene for 42 years, 15 of which were at a periodontal office. Janet takes the time to get to know each of her patients personally and works hard to care for them both medically and dentally. Janet has been married to her husband, Bernie, for 38 years. They have five children, two of whom are married, along with four grandchildren.

Nancy – Office Manager/Administration
Nancy has been in the dental field for 29 years as a certified dental assistant and in administration. She loves working for Dr. Moats and loves our great team! She enjoys interacting with our patients and helping with their dental care. Nancy loves spending time with her family. She has been married for 29 years and has two daughters and a grandson.

Marina – Certified Dental Assistant
Marina has been working as a dental assistant for over 28 years. She loves working for Dr. Moats and says this is the best office she has ever worked at! Marina has two sons. One lives in Ohio with his wife and daughter, and the other son attends the University of Alabama. In her free time, Marina goes skiing.